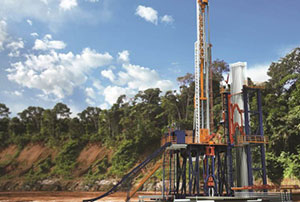 Hurricane Harvey’s eye recently made landfall west of Cameron, Louisiana, carrying on over a week-long trail of devastation. The hurricane seems to also be stirring a storm in the Oil industry. Over the past few days, the global crude oil prices have taken a dip, and this may partly have been fueled by Hurricane Harvey’s hard-hitting effects on Houston. In recent times the oil and gas cycle has made for a great reading, with productions cuts by OPEC, the increasing spread between Brent and WTI crude, and increased crude oil inventories around the world.

The disruption caused by Hurricane Harvey would have been expected to have exerted some pressure on the global crude prices. However, that has not been the case. This in part has been caused by the large oversupply and high levels of storage before the storm. One of the reasons why crude oil prices are falling could be the fact that about 3MM bpd of crude can’t be refined into gasoline and other petroleum products. This has been occasioned by the partial/total shut down of some of the largest refineries in the country, including the largest, Aramco’s Port Arthur Refinery. Implying, that about 16% the country’s refining capacity is now offline. The upstream sector is also feeling the heat, with about 75 exploration rigs drilling in the Eagle Ford Shale Play have been idled. Altogether, Oil and Gas companies have shut down nearly ¼ of production from the Gulf Coast, representing about 5% of the national output.

Gasoline prices look set to rise with the closure of the Colonial pipeline, which had been operational throughout the hurricane, putting the East coast at a precarious position. Colonial carries 2.5 million bpd of refined products or about an eighth of all the barrels consumed in the USA. This landscape has seen gasoline futures soar to a 25-month high, of keen interest however, will be the Department of Energy’s decision to authorize a release of crude oil from the strategic reserve in order to help Phillips 66 get its Lake Charles refinery up and running. It will be interesting to see if this gesture is extended to other refineries that have been forced to go offline and if this will be the catalyst that starts a decrease in the excessive crude inventories? We are likely to see an increase from the 2,205,000 annual bpd of hydrocarbon gas liquids, other liquids and finished petroleum products imported in 2016 from Europe and Asia to fill the gap in the short term.

Thankfully the storm is set to weaken in the days to come, leaving time for the industry to gradually heal. Hurricane Harvey has not had such a profound impact on world crude prices, and is unlikely to have a profound impact in the foreseeable future. The eventual hit to U.S. oil demand will ultimately be larger than the impact on supply, Goldman Sachs predicted, and that forces the price down, not up.